Honda Civic is one of the most successful and reliable cars by Honda. This car model has been in production for many decades and is still being embraced by many. However, some owners have reported a problem with the electric parking brake (EPB).

An EPB on Honda Civic is a unit controlled by pressing a button to activate or deactivate it. It operates as a handbrake, closing the brake pads to stop the car from rolling when parked. Its malfunction is often caused by a faulty switch, dead battery, blown ABS fuse, and many other factors.

Read on for detailed information about the most common causes of EPB problems in Honda Civic and how to fix them.

The electric parking brake system is different from the traditional emergency brakes, with a lever for engaging and disengaging. As a result, it has some advantages and benefits compared to conventional brakes.

First, EPB is an intelligent system that stops the car by automatically and safely applying brakes. It will not bring your vehicle to an abrupt stop if you activate it when accelerating. The braking is smoother and more reliable.

EPB also occupies less space in the cabin since it does not require a hand lever. Instead, a small button is used. That makes it more convenient and easier to operate. Besides, the electric parking brake is childproof. You cannot deactivate it once the ignition is turned off, which prevents accidents.

What Does It Mean When My Honda Says Electric Parking Brake Problem?

An electric parking brake error message means a problem with the EPB system. The EPB system consists of a button, wiring, caliper, and servo motors. Any issues with these parts result in an EPB error message. The most common problem is a failed button due to dirt or grime, but other components can also fail.

Usually, the brake and brake system lights turn on the dashboard to alert you about the issue. It may be followed by many other symptoms.

If your Honda Civic continues to roll after pressing the EPB button, the system has failed. You will often see this when you want to park on a sloped surface. It just becomes too weak to hold the car’s weight. And if not fixed, it will stress your gearbox transmission system. That is the reason you should first engage the parking brake before switching to park gear.

Related content: Why does the brake light come on when accelerating or braking?

The electric parking brake is currently adopted by many car manufacturers globally. This easy-to-use system is rapidly replacing the old system where you had to pull the hand lever up or down to engage and disengage the parking brake. The new electric park brake uses a button to activate and deactivate and is what you find in the Honda Civic.

However, this new technology has inherent problems car owners face. The causes differ, but the most common ones include the following:

The electric parking brake system is not mechanical like the traditional lever handbrake. It relies on the battery power to activate actuators and receive input from the driver. If the battery does not supply enough current, the system fails to drive the servo motors that lock the wheel when you activate the brake switch.

The car’s computer detects that as a fault and displays the EPB error message on the information display. Check the battery and measure the voltage across the terminals with a digital multimeter. You should get a reading of 12.6V or more for a car battery in the best condition. A dead battery may require replacement,

Like a dead battery, corroded or loose battery terminals cut the power supply to the electric parking brake system. It fails to function as it should, and the computer reports the problem. Inspect the battery terminal, clean them, and ensure the cables are firmly connected.

Parasitic battery discharge happens when you park the car. It is often caused by accessories left running after turning off the engine. These include under-hood or glove compartment lighting, headlights, trunk, relay switches, etc. Faulty sensors with electrical shorts can also drain the juice out of your battery.

The EPB problem caused by parasitic battery drain often happens when you park your Honda Civic for a long time, usually overnight. The battery becomes too weak to provide enough electrical power for running servo motors to release the brake pads.

The solution is to always ensure you turn off all devices in your car when you leave. Also, you should check any faulty component with a short circuit to eliminate parasitic battery drain.

An electric parking brake system relies on the circuits between the EPB switch, control module, and actuators. A problem occurs if any is shorted or opened. A Blown fuse also disconnects the system by cutting off power to the EPB system.

Examine worn-out or loosely connected wires and blown-out fuses. Also, check the clips or connectors that join various components, including the center console and servo motors, and fix any identified problem.

Faulty wiring is not one of the most common causes of EPB problems, but you should check it because of the possibility.

Servo motors are the actuators of the electric parking brake. They are connected to the rotors or every wheel and are responsible for locking the wheels when you activate the EPB. In the traditional parking brakes, the system relied on mechanical principles. It used a cable to close or open the brake pads. But in this new system, the servo motors are activated to lock or unlock wheels.

A faulty servo motor fails to respond to the signal from the control module. It may remain in the lock or unlock position or partially lock the wheels that the computer detects and sets the EPB error or warning message.

The most common causes of servo motor problems include opened, shorted, broken, or high resistances between the actuator and the module. Some may be repaired, but you may need to replace the entire servo motor unit.

The EPB switch or button is one of the most common causes of electric parking brake problems on Honda Civic. That is because this crucial component is exposed and susceptible to dirt. It can malfunction if drinks spill on it. Food particles and other debris can also penetrate the spaces and cause problems with their operation.

Fixing the EPB problem due to a faulty switch involves replacing the switch. Disassemble the console to access the EPB switch and remove it. Fortunately, replacement parts are readily available online or at the auto parts store.

You can replace a faulty EPB switch if you are a DIYer. But if you don’t have the skills, you can call a technician to help you.

How Do You Reset the Electric Parking Brake on A Honda Civic?

Like all other auto problems, the way to reset the electric parking brake on Honda Civic is to fix the problem. Diagnose your car for the root cause and solve it. The warning light should turn off on its own later.

But you can also reset your EPB in just 3 steps, which include the following:

Is There Any Recall/TSB From Honda?

There has been an electric parking brake recall on the 2016 Honda Civic. The automaker has stated a known problem with the EPB that causes the brake not to engage if you press the button after turning off the vehicle ignition.

The issue, however, does not occur if you activate the EPB system before turning the ignition off. In the latter case, the brake warning indicator flashes on the dashboard for 15 seconds to alert you of the problem.

The problem was reported on two and four-door Honda Civics equipped with 1.5L or 2.0L engines. But car owners of 2017 and 2018 models also experienced this same issue.

The electric parking brake is a crucial system in your Honda Civic. It helps hold your car and can be helpful during emergency braking. However, it is susceptible to problems. The most common issues are caused by faulty EPB switches, wiring, servo motors, and dead batteries. Fortunately, you can diagnose and fix them in your garage if you are a DIYer. You can also call a qualified auto technician to help you and ensure the problem is solved before heading back to the road. 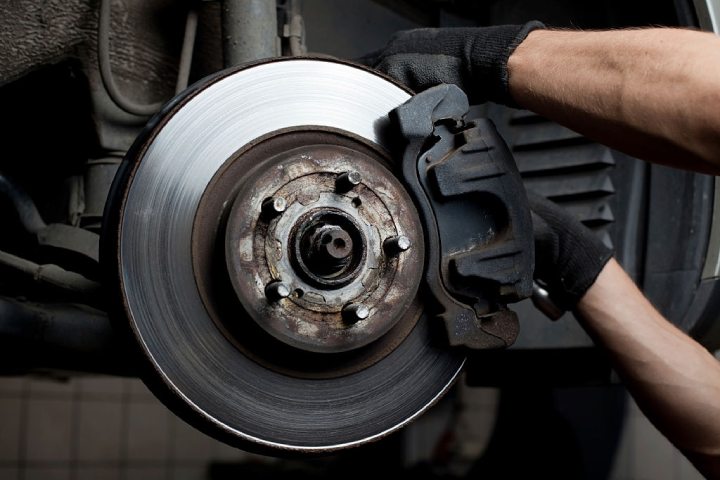 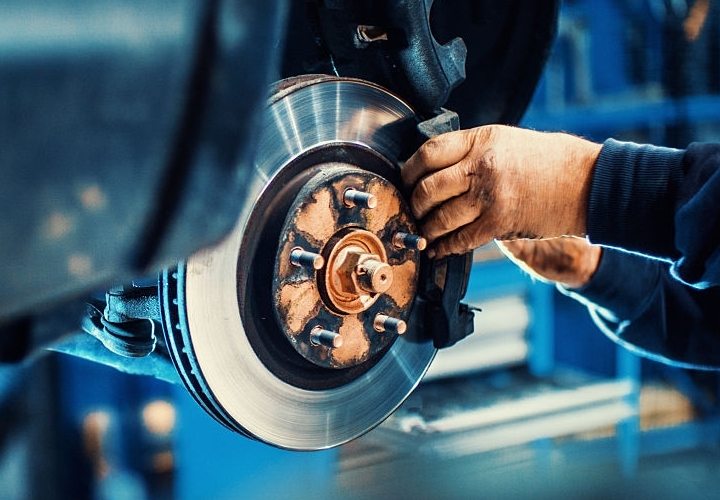 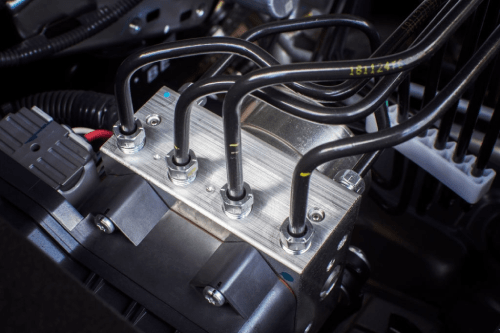 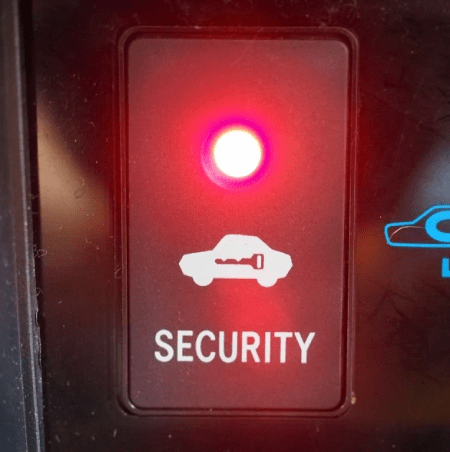 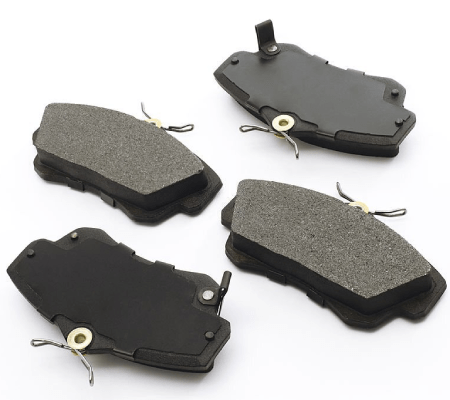 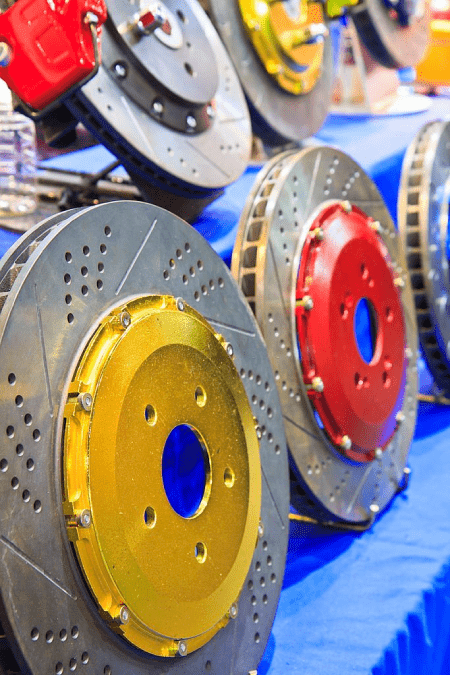 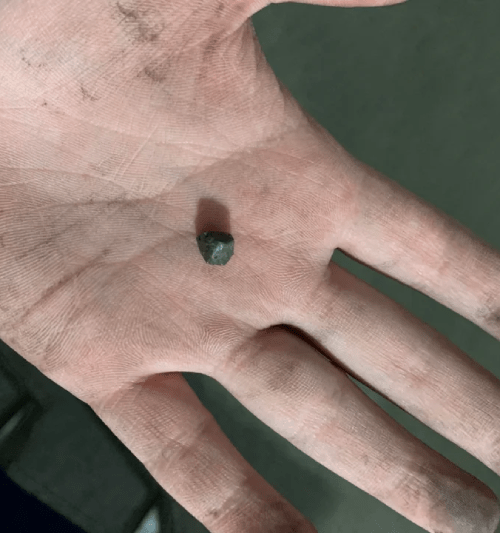