The engine malfunction reduced power is one of the error messages that continues to baffle many BMW drivers. This warning message can appear on the instrument cluster at any time, which can be frustrating.

But what does “Engine Malfunction Power Reduced Power” means on BMW cars? It simply means the vehicle has detected a fault that can damage the engine. A fail-safe feature installed reduces the engine power. Do not panic because the fix can be as simple as replacing a weak battery.

Read on as we discuss and focus on the most common causes of engine malfunction reduced power BMW.

The engine malfunction reduced power warning message appears on your BMW’s instrument cluster if the engine’s performance has been decreased intentionally. It is a fail-safe feature that the car’s computer activates when it detects a system failure or low performance.

Your car may switch to limp mode. That means it will not accelerate even if you press the gas pedal to the floor. Essentially, the computer limits fuel supply to the engine, allowing it only to run at low RPM to enable you to move to the dealership or an auto repair shop nearby.

The limp-mode or fail-safe feature is installed in many modern cars, not only the BMW models. Its function is to protect the engine from further damage. This engine malfunction reduced power warning message is also accompanied by the check engine light on the dashboard.

The error message displayed on the instrument cluster may vary from one BMW model to the next, but they all mean the same thing. It essentially tells you that full engine power is unavailable.

The engine malfunction reduced engine power warning message in BMW is characterized by the following symptoms:

But what causes it? You can see this error message for different reasons, which include the following:

Valvetronic is an innovative throttle system installed in the engines of most BMW car models. This new feature eliminates a throttle plate’s use in regulating the air-fuel mixture entering the engine block. Instead, it directly varies the number of valve lifts. A faulty Valvetronic causes poor throttle response, which limits engine power.

Valvetronic failure can result from low system voltage, sticking eccentric shaft, and poor electrical connections. These can trigger manufacturer-specific codes such as 2A61, 2A63, 2A67, 2A6F, and 2A70. The car goes into limp mode when the Valvetronic system is deactivated.

Vanos is a state-of-the-art system comprising oil-powered actuators designed to improve the efficiency and performance of intake and exhaust valves. This system specific to BMW cars also increases torque and ensures smoother idle.

Vanos system often fails due to oil sludge build-up within its solenoids. That happens when you don’t change the engine oil within the recommended interval. But replacing these Vanos solenoids does not cost much.

How do you know your Vanos system has failed or is failing? The following are the common symptoms of a malfunctioning Vanos:

You can get the engine malfunction reduced power error message if the high-pressure fuel pump is faulty. The pump’s function is to inject fuel into the engine’s combustion chamber, allowing the engine to run smoothly and efficiently. But if it is faulty, it fails to inject the correct amount of fuel.

A faulty high-pressure fuel pump will cause reduced acceleration, engine starting problems, and check engine light. You can take your car to an experienced BMW mechanic to diagnose the pump and repair or replace it as soon as possible.

A faulty oxygen sensor can also trigger the engine malfunction reduced power error message in some BMW models. The car uses upstream oxygen sensors to get information regarding the air-fuel mixture to adjust other parameters that allow the engine to run efficiently.

A faulty oxygen sensor leads to poor engine performance, low fuel economy, misfiring, engine noise, overheating, and other symptoms. It can also cause a break to the catalytic converter and spark plugs. Cleaning the sensor can resolve the problem, but you will likely replace it. Take your car to a qualified BMW mechanic for help.

A weak battery is unlikely to trigger engine malfunction performance, but it should not be ignored. All electrical and electronic systems in your car use battery power. The battery can drain very fast if you have many accessories or aftermarket systems, such as alarms incorrectly installed. And as mentioned, the Valvetronic system can fail due to a weak battery.

A weak or dead battery can cause a chain of electrical faults in your car because all sensors use its power. The car battery also becomes the reference voltage for engine sensors to function correctly, which explains why anything can go wrong if your battery is weak.

Fortunately, you will get a battery warning before it causes other problems. Signs of a weak or dead battery include the engine won’t crank, dim headlights, and accessories turning off soon after shutting down the engine, among others.

Measure the battery voltage and recharge it externally if it is just weak. But if damaged, replace it, and the warning message will disappear after turning on the car. You can also check corrosion at the battery terminals before replacing them and ensure all connections are perfect.

A timing change is a vital component inside your BMW’s engine. It synchronizes the rotation of the crankshaft and camshaft, which ensures the engine valves open and close at the right time during each cylinder firing.

Timing chains are supposed to last the entire lifecycle of your engine. However, wear and tear can take a toll on it. It may stretch over time, which causes the chain to jump a tooth. That will manifest itself as engine noise and check engine light. A red check engine light tells you there is a significant tooth jump, which you should fix immediately to avoid further damage.

A failing turbocharger on your BMW can also be why you see that engine malfunction reduced power message. This component may fail due to abusive driving or poor maintenance. That may interfere with the overall engine operation, triggering the error message.

Once your turbocharger starts to fail, it is better to replace it with a new one. Your BMW turbocharger tends to ask for frequent repair following the first breakdown.

A faulty engine ignition coil causes an engine to misfire. This manifests in the cabin as vibrations or shaking during acceleration. When the engine misfires, it can damage the catalytic converter. Replace faulty ignition coils immediately to avoid further damage.

Fortunately, you can replace your ignition coils in your garage. But before doing that, check if there are loose connections, which may interfere with their functions.

BMW engines have many sensors to monitor their various functions and allow the engine control module to tune its performance. If one fails, the system’s synchronism and stability may be interrupted. An engine sensor failure can trigger limp mode depending on the car model.

You need an experienced BMW mechanic to identify the faulty engine sensor and recommend buying the replacement part. You should get back on the road immediately if the diagnosis is correct.

This unit uses a data network or bus made of wires to communicate with different systems and sensors. If the cables become loose, the car automatically enters a limp mode and displays the engine malfunction reduced power message. A faulty or damaged DME can also cause the same things.

Checking the DME and wiring harness can help pinpoint the cause of the problem. If faulty, replace the DME and rewire it to ensure an uninterrupted data flow for effective communication.

What To Do When Engine Malfunction Reduced Power Error Message Appears?

The response to this question is straightforward; get the vehicle fixed immediately. Drive carefully to the dealership or nearby auto repair shop with experienced BMW mechanics. Your car needs diagnosis, which involves reading DTCs through OBD2 using a BMW diagnostic tool. Once the diagnosis is complete, the technician will recommend a fix to restore your car to full engine power.

Fortunately, fixing the problem is not costly. Expect to pay between $100 and $500, including labor and parts, but only if you will not replace your catalytic converter. If the catalytic converter is already damaged, you can spend over $2,000 to buy a new one depending on your BMW car model.

Do not panic when the engine malfunction reduced power message appears on your BMW’s instrument cluster. Just take your car to the dealership or auto repair shop. It won’t be long before the mechanic tells you the problem and the cost of fixing your vehicle. You will get back on the road the same day. Just maintain composure because your car is still in good shape and can serve you as before. 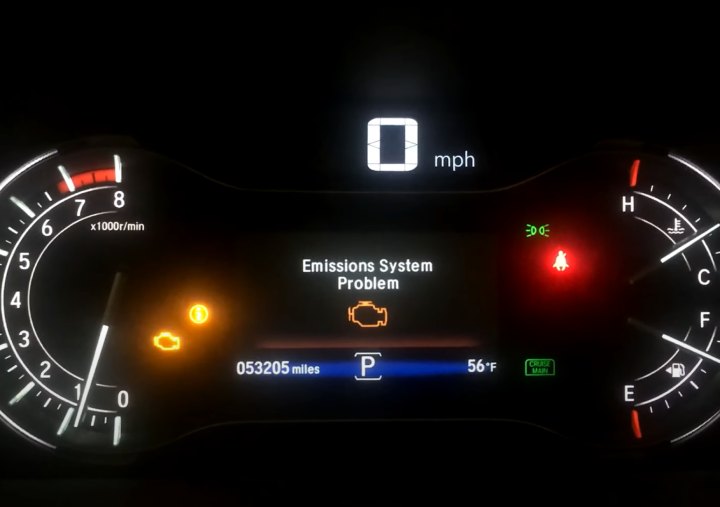 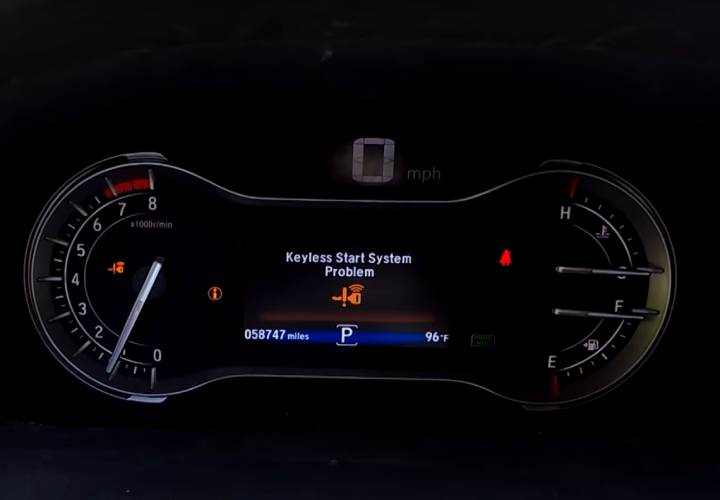 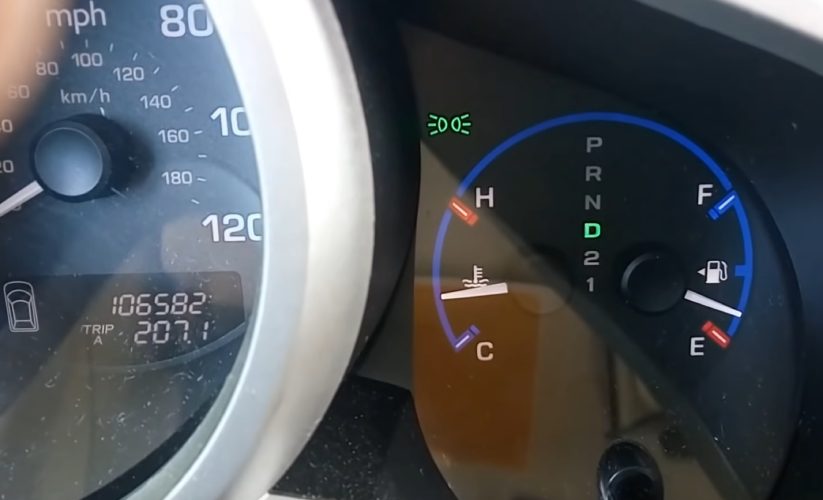 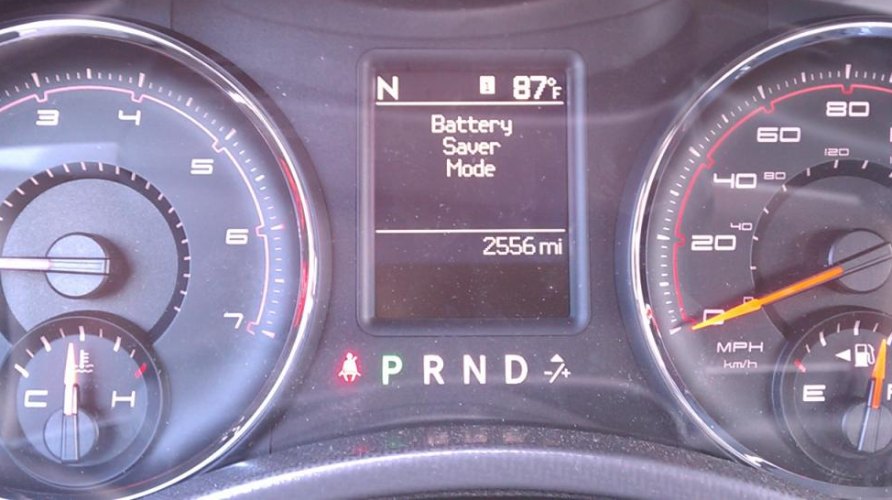