P1689 code indicates a malfunction of the throttle valve’s spring performance. It occurs due to several causes and should not be avoided. One should pay close attention to it and troubleshoot it.

Don’t know how to do it? Don’t worry because I have all that covered for you. Plunge in to know it all about P1683.

A P1683 code indicates a problem with the powertrain. Most common causes include dirt in the throttle body, a poor electrical connection, or a faulty throttle body.

I will discuss each cause in greater detail, but first, it’s essential to understand how the powertrain works and the main components.

There is an electronic control system that goes by the name of electronic throttle control. They are integrated into some of the vehicles. It is responsible for controlling the valve opening of the throttle. It consists of multiple components, which are as below:

The Working and Functionality

As soon as the driver gives some acceleration by pressing the pedal, the APP sensor generates a signal. It is operated through the cable of the throttle, which aids the APP sensor in determining the opening value of the accelerator.

This digital value is then transmitted to the ECM in the form of a signal. This signal is also generated through the APP sensor. This is how the target position is determined.

The control module of the throttle actuator then takes in this targeted position. Its primary purpose is to make the throttle valve decide on the final target position.

Once that is determined, it moves to that specific position. The throttle body has a sensor corresponding to the target position. Through this sensor, the throttle valve determines the correct valve position.

Now there are two values achieved. One is the accurate one by the TP sensor, while the other one is the opening angle obtained through the throttle value. The control module of the throttle actuator makes a proper comparison of both values and generates a difference.

There is a proper value specified by which the difference should not exceed. However, if the difference is more than the specified value, a malfunction signal is sent to ECM by the control module of the throttle actuator.

Thus, this is how the throttle valve system detects the malfunction and, in turn, stores the DTC.

P1683- All the Possible Causes

Below are all the possible causes corresponding to the P1683 code.

Since the throttle body is responsible for taking in the air for the engine to perform effectively if you do not regularly clean the throttle body, then carbon is deposited, and dirt gets stuck.

All of which result in the sluggish performance of the vehicle. Furthermore, it reduces the fuel economy, consuming more fuel. Sometimes, the vehicle stalls too.

There are some products that are specific to throttle body cleaning. In case you encounter any of the above signs, you can use these effective cleaning products so that the dirt gets removed.

Related content: What Is RSCA Off? (Meaning & Common Problems)

This is not a very probable cause of the code P1683. It doesn’t often malfunction as the wires are well insulated. They are subjected to malfunctioning when the insulation of the wires is removed.

The rest of the wiring system is more than protected except for the little part of the wire. This small amount leads its way to the TP sensor.

Whenever you encounter this issue, you can adhere to the following steps.

The last cause for the code P1683 is the defective throttle body which can be due to several reasons. The most probable one is the issue with the engine light. Thus, check for the engine light as well.

How much does it cost to diagnose a P1683 code?

As with any code diagnosis, the mechanic will charge you for one hour of labor, even though sometimes it might take a little less.

You can expect to pay between $75 and $150 just for the diagnosis, and depending on what is causing this error code, the repair cost can go as high as $500.

As discussed already, there can be multiple causes for a P1683 error code. However, diagnosing the problem can be relatively easy if you follow the steps described above.

If you have some mechanical experience, you can do this yourself and save the costs of the diagnosis. However, if you are inexperienced, it is always recommended to visit a repair shop, and have a professional do this for you. 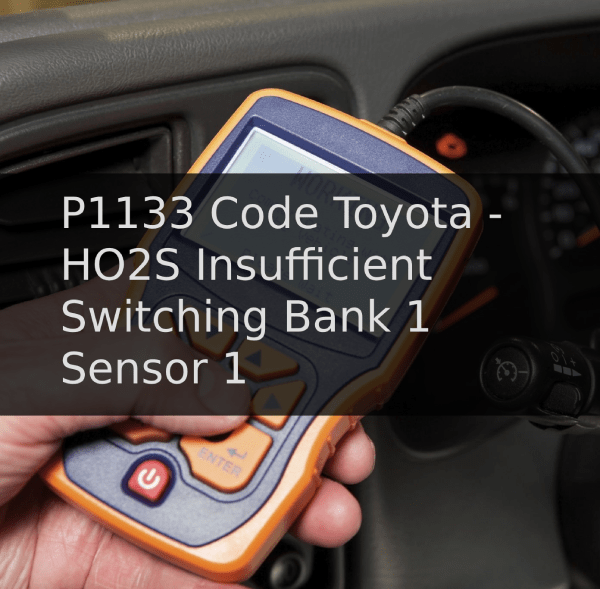